Yangykala canyon is a natural wonder in the western Turkmenistan, behind the Gara Bogaz Bay of the Caspian Sea. The abrupt and wavy rock landscape walled at 60-100 meters tall. Colors play with deep red, pink, yellow and white are impressive remains of the massive coral reefs from the pre-historical Sea, what covered all the spaces around in the region

The drive starts from Turkmenbashy, crossing the spaces of western part of the pre-Karakum desert area. Caspian Sea breath is in the air, the largest salt lake in the world. The vast open and flat desert relief is open to the atmospheric corridor from the north, making the sudden temperature changes as normal. Today, this area is far from the oceans, but once in the pre-history it was itself the floor of the ocean. All the large basin of the Karakum desert remained in the Tethys Ocean and in its part Paratethys Sea, what existed some 40 million years ago. Since, the world platform changes geological process and grow of the mountain ranges in the Caucasus and in the Central Asia, some 30-20 million years ago; the present day relief was constructed. The Sea retreated, the former limestone walls transformed into red-pinky-white cliffs of Yangykala, it happened more than 5.5 million years ago

It is not a reserve or a nature park. It is almost empty area with only a few small settlements scattered around the Gara Bogaz Bay. It is the area of Scythian - Sakas tribes in the antique times. The origin area of famous Ghuzz Turkic tribes in the early medieval times, where the Seljuk (from Kinik tribe) and Osman ( from Kayi tribe) come from. The mystic and enigmatic wind of the steppes and desert is around, with an impressive color scenery of the rock

Distance from Turkmenbashy is around 175km. Start can be also from Balkanabat town

Planning from Ashgabat is ok, with first flight to Turkmenbashy and return by last flight in Ashgabat

Road to YangyKala is old asphalt bumpy route, sand tracks on the plateau of the canyon, transformed in deep mud tracks after rain 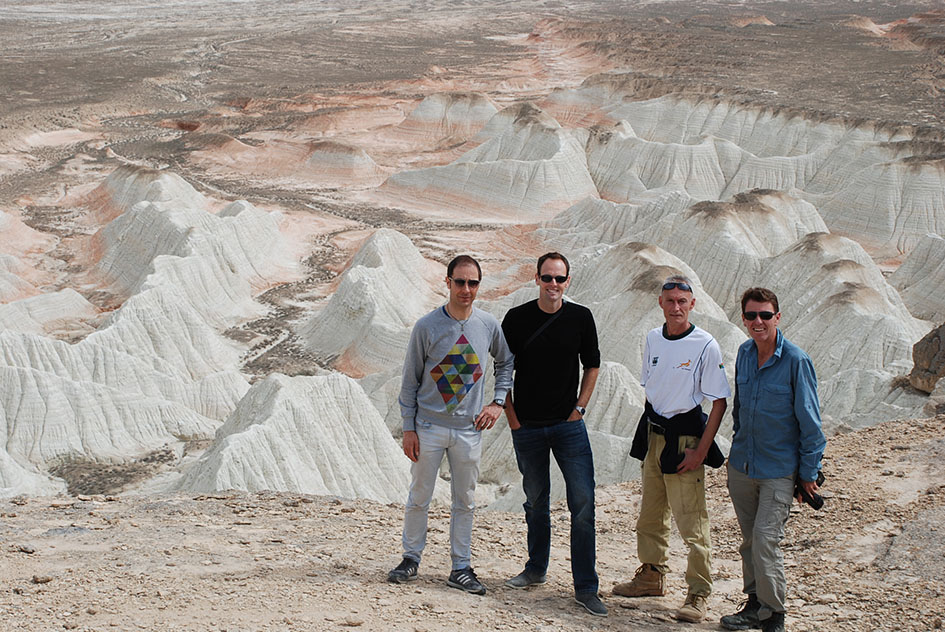